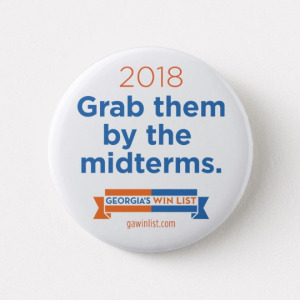 A midterm election in the US are those that take place halfway through a president’s four-year term. The president himself (so far always a him) is not up for re-election, but most of Congress is: a third of the Senate and all of the House. So are many governors and state lawmakers.

The 2010 midterms saw the rise of the Tea Party and the takeover of many states by Republicans. That allowed them to gerrymander the voting map and prevent President Obama from getting much done for six years (2011-17).

The 2018 midterms, on November 6th, is the first nationwide election since the rise of Donald Trump in 2016. Both Barack Obama (former president, centre-left) and Sean Hannity (cable news blowhard, far-right) agree that this is the most important US election of our lifetime. It will determine what becomes of Trump.

Blue Wave: If enough Democrats come out to vote…