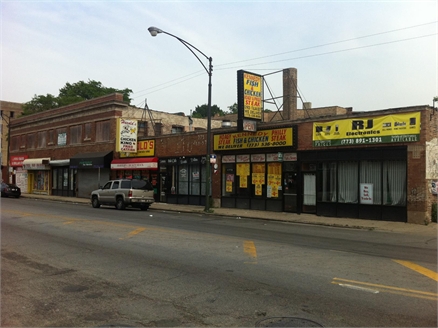 My old neighborhood, and the block where my sister was shot 11 years ago.

She was out with friends at a neighborhood restaurant when someone in her crew got in an argument with someone else. That someone else left the restaurant, returned with a gun, and attempted to murder everyone within 200 feet. The bullet shattered her femur. She had extensive physical therapy. Her mother, desperate to escape the violence, moved her to Milwaukee several months later.

The day after the shooting, my sister made it to Page 3 of the Chicago Tribune. She was the unidentified 14 year-old girl. Not much else was written about it. My sister was lucky, if you could call it that. We don’t know what happened to the gunman. It’s possible a more sinister fate may have befallen him, and…