We Hold These Truths To Be Self-Evident

It is Saturday. Who would have thought that a judge would announce a verdict on a weekend?

In April, we reported on the events that led to charges of voluntary manslaughter for Cleveland Police Officer Michael Brelo. Yahtzeebutterfly has been keeping it updated with trial videos and information. 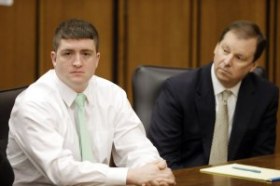 Brelo will remain on unpaid suspension.