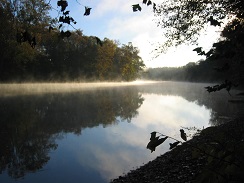 David Korten is 77 years-old. His most recent book “Change the Story, Change the Future: A Living Economy for a Living Earth” (February 2015) is available for purchase on amazon.com:

After referring to David Korten’s 1994 book “When Corporations Rule the World” in comments on articles about the Trans-Pacific Partnership (TPP) for the book’s and Mr. Korten’s prophetic nature, it seemed possibly beneficial to find any recent talks by him. Fortunately a 1-hour, 20-minute talk on Earth Day April 22, 2015 at Seattle University was found on Todd Boyle’s YouTube channel, and that is the topic of this post.

Mr. Korten is one of the founders of Yes! Magazine: http://www.yesmagazine.org

A partial transcript/description of David Korten’s talk at Seattle University on the 45th Anniversary of Earth Day, April 22, 2015, followed by the video…

“…turning to a living economy, for living human beings, on a living Earth. (On the) 45th anniversary…