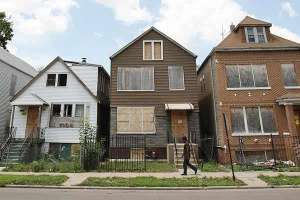 There have been many mass shootings in America just within the past few years. But among these high-profile murders are countless low-profile ones like this, reported by ChicagoTribune.com:

Just outside the West Side home where an 11-year-old was fatally shot, hundreds gathered Sunday to pray, cry, hug and say it can’t happen again.

As the group grieved Shamiya Adams’ death and comforted her family, they hoped aloud that Friday night’s homicide, which came during a 12-hour period when nearly two-dozen people were shot, might finally mark a turning point in the city’s streak of senseless killings.

Shamiya died after a bullet interrupted a sleepover in the East Garfield Park neighborhood. She was inside making s’mores with friends around 9:30 p.m. when the round tore through the wall and struck her head. Shamiya died Saturday morning.

Gun rights advocates give lots of reasons for why they should be allowed to keep their guns. Safety is among their biggest concerns. But did the gunman, who they haven’t yet found, need to defend himself from a little girl having a sleepover? Gun rights advocates say the Constitution gives them the right to own guns, but what about that little girl’s right to life? Should her right to live and feel safe be trumped by the right to own a deadly weapon? And is the NRA proud of this?

Shamiya Adams was a Black girl, and from the pictures accompanying the article, she likely lived in a Black neighborhood. We must remember victims like Shamiya when we think of victims of gun violence because it seems that politicians forget. The article says that people who gathered to grieve her death noted that there were very few elected officials in attendance. But everyone deserves to live and feel safe, and every victim deserves to be remembered.

4 thoughts on “Gun Violence Takes a Child’s Life, And Many More, in Chicago”